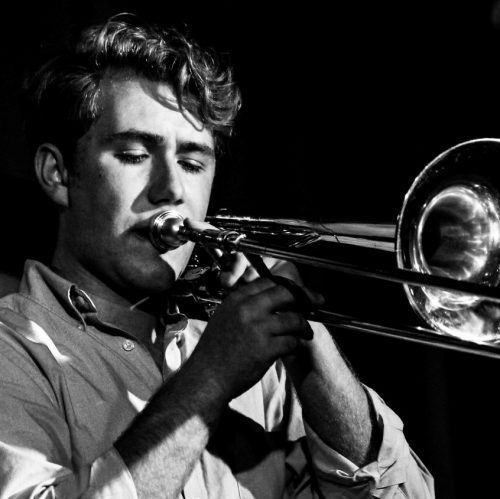 Berkley and Waterford – $25 per half hour

Ian Lukas is a jazz and classical trombonist based in Detroit, MI. Currently studying at Wayne State University, he is pursuing a degree in music technology.

A graduate of Waterford Kettering High School, he was heavily involved in their band, choir, and theatre programs. He was selected to participate in the Michigan Youth Arts Concert Band, The United States All American Marching Band, and the Blue Lake International Jazz Ensemble. Ian has also performed at the Detroit International Jazz Festival with Omar Sosa, and Wayne State’s top Jazz Ensemble in 2018, performing with musicians such as saxophonist Christopher Collins, trombonist Papo Vasquez and trumpeter Mike Williams. Ian has also won seats with orchestras around Metro Detroit in the past to further his orchestral career.

Outside of music, Ian enjoys most board sports, including wakeboarding, snowboarding and longboarding. He also likes to travel and spend time with his friends and loved ones, espeically his golden retriever, Leia.