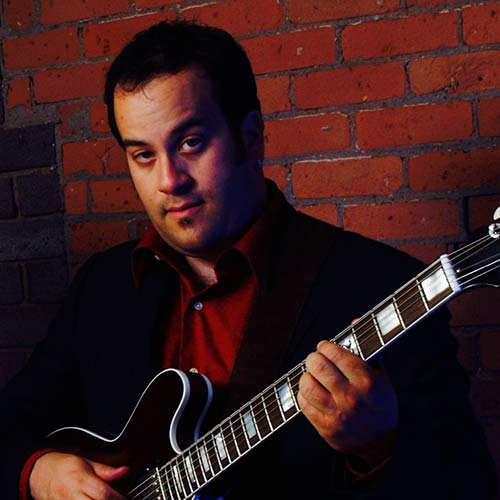 Ray Ureña is not only a talented guitarist, but a multi-instrumentalist whose career span includes touring, playing festivals, film scoring, and electronic music production.  He earned a Bachelor of Music degree in Jazz Studies from Wayne State University in 2010. Though his music education is rooted in jazz, his work as a guitar sideman has landed many gigs opening for Barenaked Ladies, Eddie Money, The Spin Doctors, Everclear, Robert Bradley, and Kid Rock. His music score is included in Cinema Americana’s “A Detroit Thing” and 9 short films for Mitten Movie Project. Currently, he is a well-established guitarist in the local jazz scene, and co-leads the latin/Caribbean band, Soltura, and cover-band, The Satellites featuring Caleb Gutierrez.

Students of all ages and levels are welcome to take lessons, and are encouraged to explore all aspects of performing including technique, music theory, songwriting, improvisation, and music reading. Course work will be mostly provided however, lessons are supplemented by the appropriate method book for the student such as; Mel Bay, Suzuki, Hal Leonard, William Leavitt, and for classical guitar either Christopher Parkening or Julio Sagreras.